Ferry Road - Jackfield
Situated in an area known as the Tuckies, Ferry Road takes its name from the Tuckies ferry which connected Jackfield with Coalport.  The ferry ceased to operate when the memorial bridge was constructed.
The bridge has recently been refurbished after some years of neglect  Opened in 1922  it was built as a war memorial to the sons of Jackfield who fell in the first war. 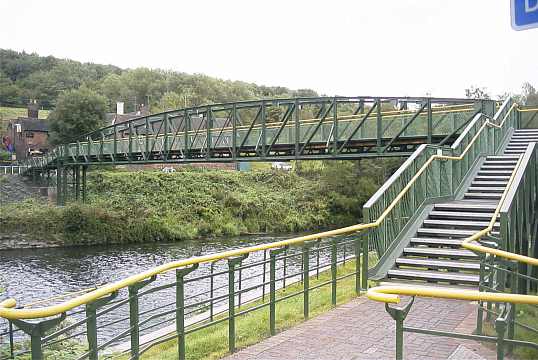 The Boat Inn stands at the southern end of the Memorial Bridge.  Its main claim to fame is that when the Severn is in flood the pub and the area in front of the pub (and the pub itself) becomes flooded.  The door to the right has white marks showing the height of the various floods. 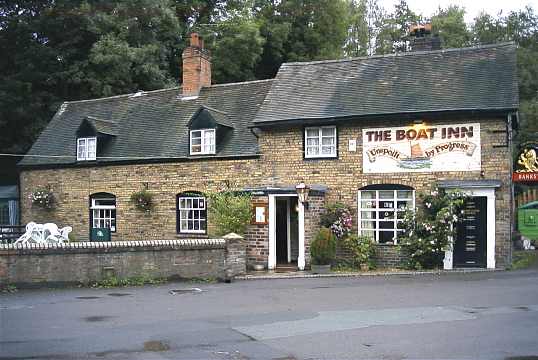 Ferry Road was a small community dominated by the Maws Tileworks (Right distance). 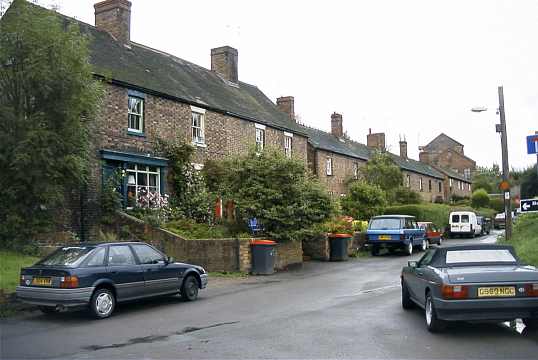